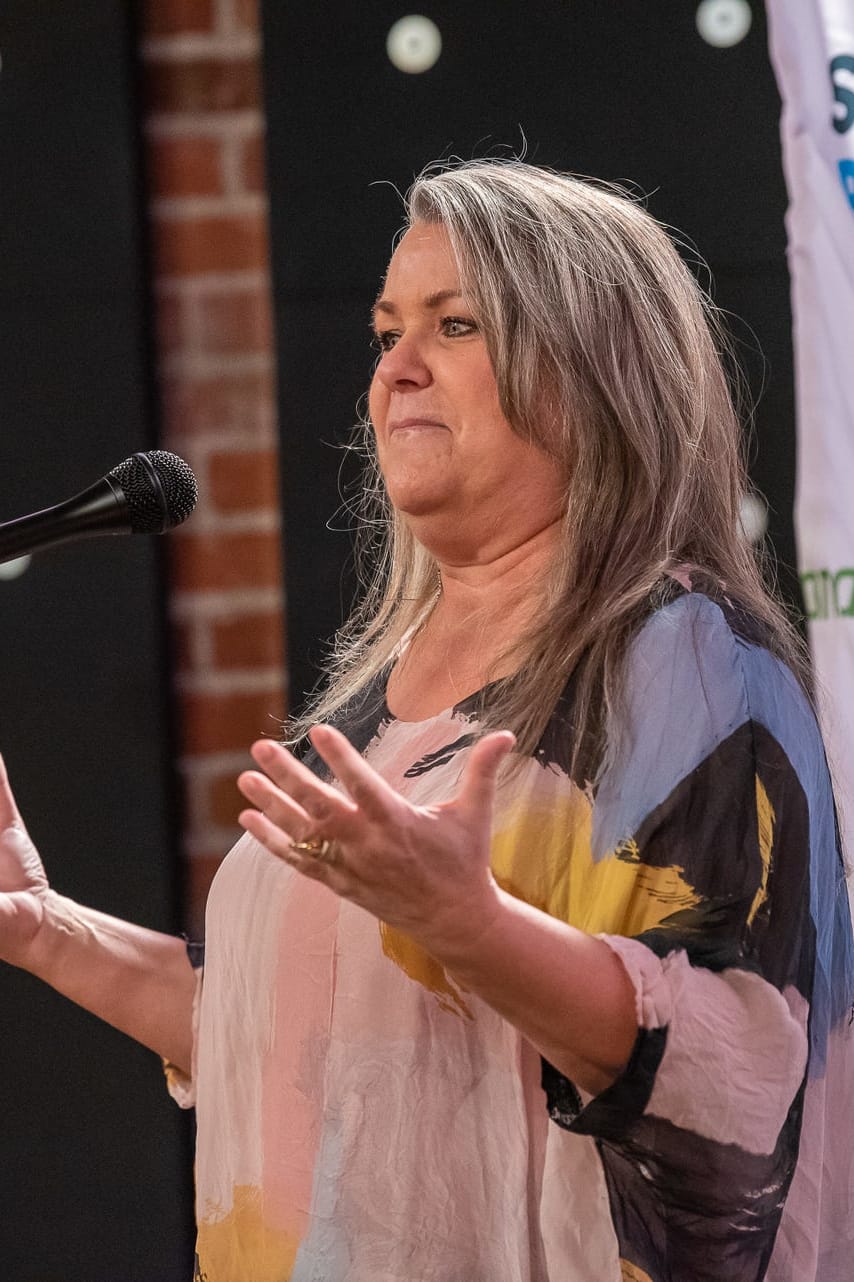 LS Hawker grew up in suburban Denver, indulging her worrisome obsession with true-crime books, and writing stories about anthropomorphic fruit and juvenile delinquents. She wrote her first novel at 14.

Armed with a B.S. in journalism from the University of Kansas, she had a radio show called “People Are So Stupid,” produced fitness videos, and outfitted airports with computer equipment for a major airline, but never lost her passion for fiction writing.

Her extensive media background includes everything from public affairs director at a Denver radio station to television sports intern to website designer.

Her debut novel, THE DROWNING GAME (2015), was a Best First Novel finalist in the International Thriller Writers Thriller Awards and a USA TODAY bestseller. It’s been translated into eight languages and is also available as an audiobook. Her second novel, BODY AND BONE (2016), has been translated into seven languages. Her third, END OF THE ROAD, was released at the beginning of 2017. Number four, THE THROWAWAYS, was released by The Vanishing Point Press on January 22, 2019.

Hawker has a hilarious, supportive trophy husband, two brilliant daughters, and a massive music collection. She lives in Colorado but considers Kansas her spiritual homeland.

Listen to her podcast with daughter Chloe, The Lively Grind Cafe here.  Visit her blog to read about her adventures as a cocktail waitress, traveling Kmart portrait photographer, and witness to basement exorcisms. 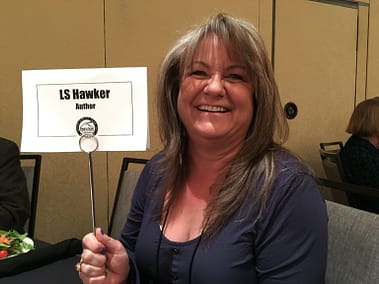 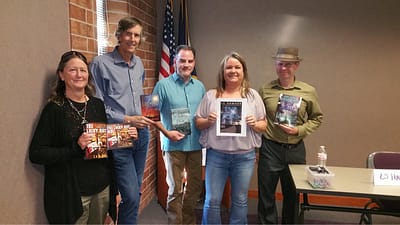 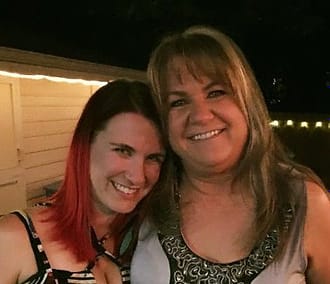 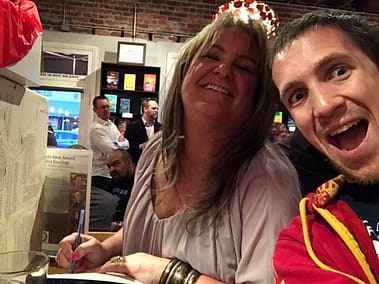 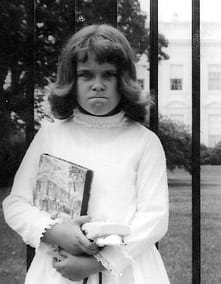 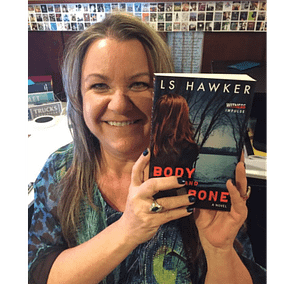 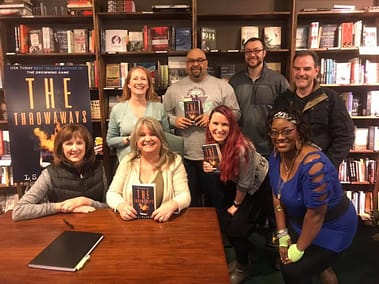 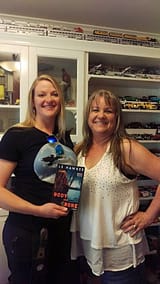 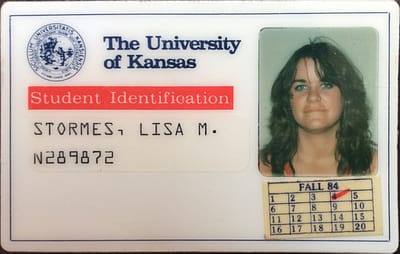 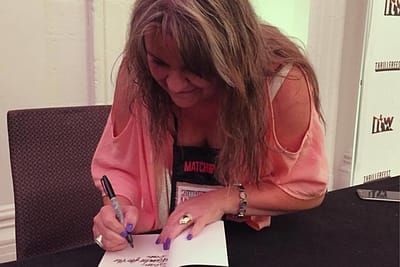 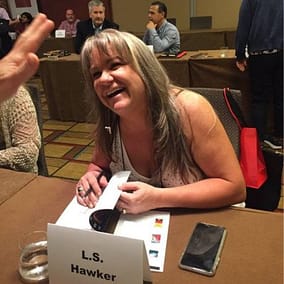 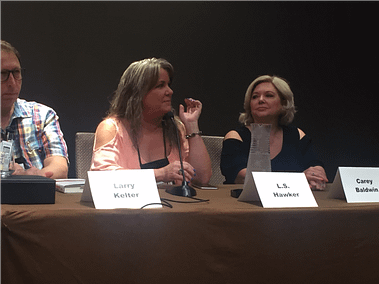 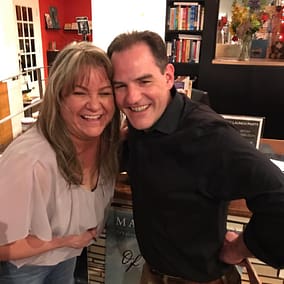 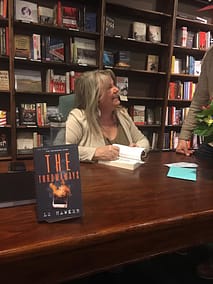 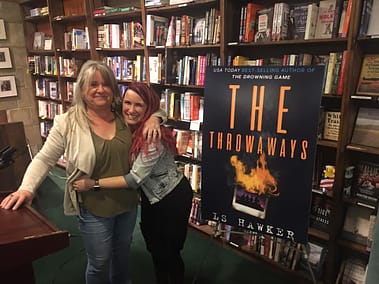 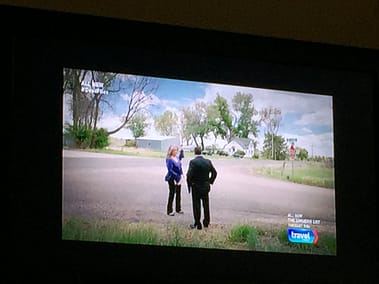 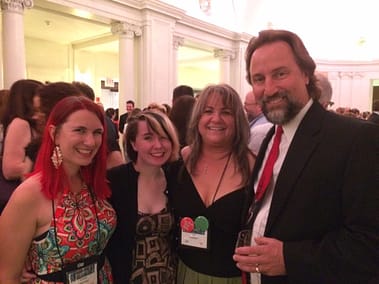