The Power of the Purse 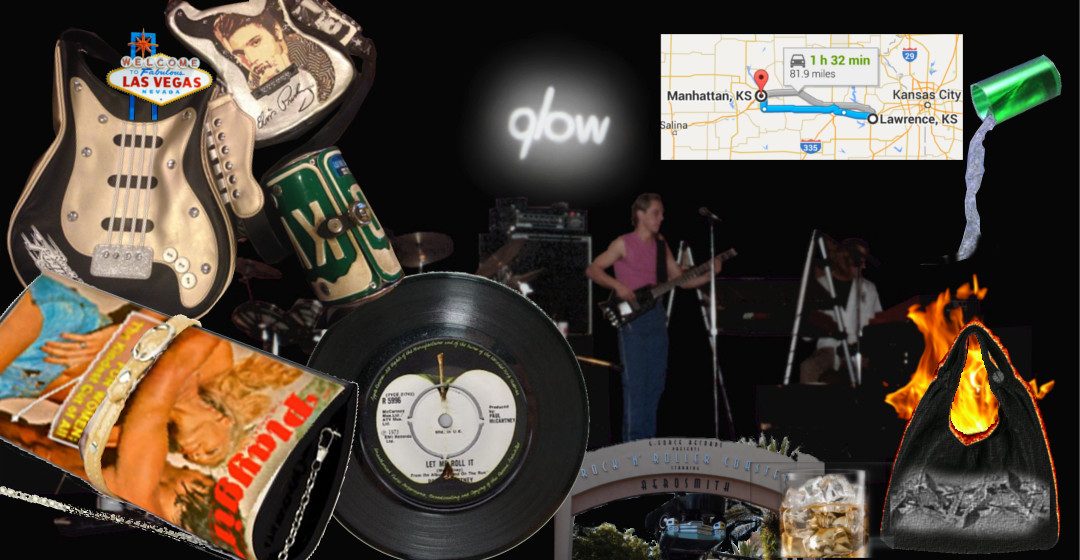 An interviewer recently posed this question to me: Do you have a signature accessory, color, fragrance, phrase, or meal?

Which caused my inner twelve-year-old boy to roll his eyes (What kinda girlie question is that?) and decide that the question required an asshole answer, like

​If you consider bourbon-water-rocks a meal, then YES, I DO.

But upon further review, I realized I do kind of have a signature thang, or used to, anyway. (So I tied the little monster up and banished him to the basement so I could tell you about it.)

As it turns out, I’ve always carried kind of…weird purses. Maybe this is because the adolescent male who runs my brain part-time hates carrying a purse and therefore has the final word on handbag styles.

In high school, I had a clutch that resembled a rolled-up magazine (Playgirl, that bizarre ’70s answer to Playboy Magazine) with a half-nekkid man and blissful-looking woman lying next to him on the cover. You can imagine the kind of attention my clutch attracted, which came to an end when it began to disintegrate at the end of junior year, being constructed partially from an actual paper magazine cover. The Playgirl purse passed into history, much like articles with titles like CIRCUMCISION FOR WOMEN: The Kindest Cut of All, which was one of the WTF headlines on the cover of that particular issue. I mean, were they actually advocating genital mutilation?

In college I went through a gigantic-purse phase so I could carry around all the accoutrements of a pre-hipster writer wannabe: a miniature tape recorder, a notebook and assortment of pens, a pack or two of cigarettes, a lighter. My favorite enormous one was black, big enough to fit a ten-gallon aquarium in it, made of sturdy strips of cloth in different textures sewn into an Escheresque pattern.

One weekend I traveled from Lawrence to Manhattan to visit my K-State friend Marianne. We went to our favorite club, the Avalon Ballroom, to hear Glow, one of our favorite Kansas City-based bands. After much dancing and imbibing, I took a dance break and happily swayed to Glow’s note-perfect rendition of “Let Me Roll it” by Paul McCartney and Wings, drink in hand, smoking a Marlboro Light 100. Out of nowhere, this guy runs up, wrestles my purse away from me, drops it to the ground, and empties ​my bourbon and water on it. As you can imagine, I was not happy. I started to scream at him when he held my purse up and showed me the smoking, smoldering hole the size of a tambourine in it. So I bought him a drink, because he saved me from not-so-spontaneous combustion. I wore a lot of hairspray in those days.

Years later, as a subversive suburban mom, I carried a purse constructed from a Colorado license plate (not mine). The ends were made from metal center hubcaps, the strap was tire rubber, and a bottle cap made up the hasp. It was always a great conversation starter, but I had to stop carrying it when my daughters reached a certain age. Along about the time they turned three, they were at the perfect height to experience the over-the-shoulder battering-ram effect. When one of them walked at my side, that purse would smash into the back of her head and knock her to the ground.

The metallic tube turned out to be an effective assault deterrent. Once potential assailants witnessed the Power of the Purse, and heard the solid, substantial-sounding thunk of it bashing into my kids’ skulls, they ran the other way. Don’t worry—there were no concussions, but it was painful nonetheless. For me, I mean, having to give up that purse for a period of time.

Finally, there are my electric guitar purses. The smaller one depicts Elvis in his heyday before the peanut-butter-and-bacon sandwiches kicked in that I purchased in Vegas. The larger came from Walt Disney World and is emblazoned with the Aerosmith Rock ’n Roller Coaster logo.

These days, I carry the smallest possible purse with just enough room for credit cards and my driver’s license. My former self would be bitterly disappointed, but the junior-high-school basement-monster boy in me is overjoyed.