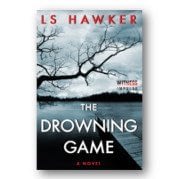 Today’s the day! Check out the cover of THE DROWNING GAME: 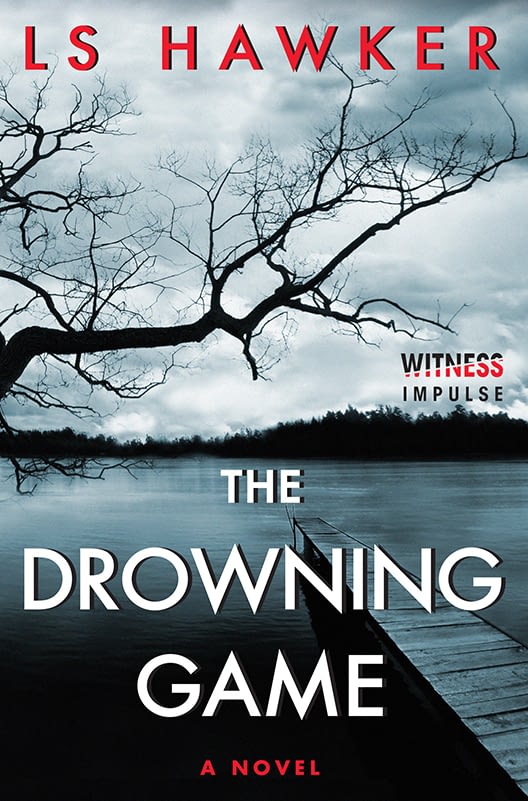 They said she was armed.

They said she was dangerous.

Petty Moshen spent eighteen years of her life as a prisoner in her own home, training with military precision for everything, ready for anything. She can disarm, dismember, and kill—and now, for the first time ever, she is free.

Her paranoid father is dead, his extreme dominance and rules a thing of the past, but his influence remains as strong as ever. When his final will reveals a future more terrible than her captive past, Petty knows she must escape—by whatever means necessary.

But when Petty learns the truth behind her father’s madness—and her own family—the reality is worse than anything she could have imagined. On the road and in over her head, the fight for Petty’s life has just begun.

Fans of female-powered thrillers will love debut author LS Hawker and her suspenseful tale of a young woman on the run for her future…and from the nightmares of her past.

Pre-order from HarperCollins or these fine retailers

Since he’d died on his stomach, the EMTs had turned Dad onto his back. He was in full rigor mortis, so his upper lip was mashed into his gums and curled into a sneer, exposing his khaki-colored teeth. His hands were spread in front of his face, palms out. Dad’s eyes stared up and to the left and his entire face was grape-pop purple.

What struck me when I first saw him—after I inhaled my gum—was that he appeared to be warding off a demon. I should have waited until the mortician was done with him, because I knew I’d never get that image out of my mind.

I walked out of Dad’s room on unsteady feet, determined not to cry in front of these strangers. The deputy and the sheriff stood outside my bedroom, examining the door to it. Both of them looked confused.

I stopped in the hall, feeling even more violated with them so close to my personal items and underwear.

“Is this your bedroom?”

Sheriff and deputy made eye contact. The coroner paused at the top of the stairs to listen in. This was what my dad had always talked about—the judgment of busybody outsiders, their belief that somehow they needed to have a say in the lives of people they’d never even met and knew nothing about.

The three men seemed to expect me to say something, but I was tired of talking. Since I’d never done much of it, I’d had no idea how exhausting it was.

The deputy said, “Why are there six deadbolts on the outside of your door?”

It was none of his business, but I had nothing to be ashamed of.

“So Dad could lock me in, of course.”