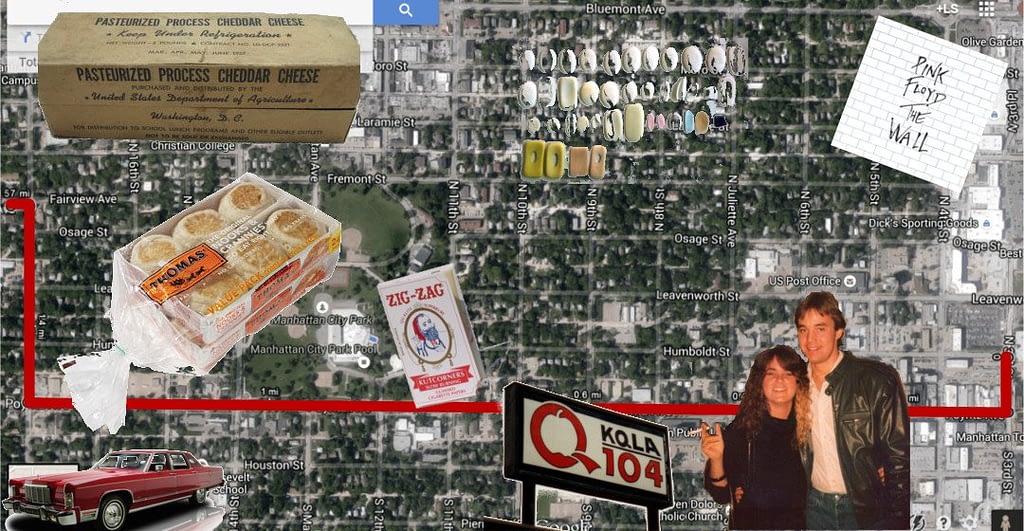 After college, I lived in Manhattan, Kansas, and worked at radio station KQLA-FM. During that time, I was so poor that at one point all I had to eat for six weeks was frozen English muffins. I was so poor I qualified for government cheese, but I didn’t know where to get it. I was so poor that whenever I (or anyone else) stubbed out a cigarette, I would carefully roll out whatever was left in the butt, save it in a bag, and roll my own from this righteous blend of fine tobaccos. I was so poor, my sister likes to say, that I had to buy used soap.

I was so poor…I actually sold some of my vinyl.

That’s how desperate for cash I was. It was a dark, dark day. I agonized over what I could possibly live without and finally settled on ten record albums from my beloved stacks. These I wrapped up in a garbage bag and set out for the used-record store.

Since it only got 8 miles to the gallon, my 1976 Lincoln Town Car was out of commission, so I had to walk the mile and a half with my bag o’ music in tow. This is about a six-pound bundle of unwieldiness, so I tried to hold it like a baby, but it was slippery and awkward and I couldn’t keep it up. So I stacked the albums on my head.

Now, this is not the weirdest thing I’ve ever done, not by a long shot. But from the outraged stares up and down Poyntz Avenue, you’d have thought I was dragging a burning puppy behind me. People shouted at me to cut it out and knock it off, and who did I think I was and what did I think I was doing.

Before all the stares and jeers, I’d been about to take them off my head because it wasn’t as easy as it looked in National Geographic. But once the cacophony of indignation started up, I stubbornly left the stack on my head. My neck hurt. Sweat poured down my face. My hands swelled. But I would not give these yahoos the satisfaction of acquiescing to their goofy demands.

One guy in a pickup truck took it upon himself to make me take them off my head. He drove around the block a couple of times, and then with each successive pass, he revved his engine and gunned it toward me, screeching his brakes just before hitting the curb. I must confess, it almost worked, especially that first time when I wasn’t expecting it.

I finally made it to the record store, sweaty, exhausted, sore, yet triumphant.

Then this weird thing happened. I got all shaky and hyperventilatey. I couldn’t do it. I could only make myself sell two of the ten.

After all, how many copies of The Wall does one actually need?